I am neither lying nor exaggerating: it happened exactly like this . . .

I had just settled settled down with my pipe and post-prandial glass of port when the telephone rang. I sighed and rose to answer it. It was Dr. John Curran, the foremost authority on Dame Agatha Christie. Well, at least, the authority on the other side of the Atlantic . . .

John went on to beg me – BEG me, folks – to take over this Saturday’s Bodies in the Library conference, beginning at 1:30pm BST. I explained that I had already set my clock for 5AM, human time, to attend this virtual festival devoted to all things GAD, and that while it was a bit early for me, I was content to attend as an observer. John was insistent: perhaps I would consent to interview all the guests. I said no. John paused, and sang a few stanzas of “Amhrán na bhFiann”, the Irish national anthem. I cheerfully raised my voice in song with him, and then he broke down and begged me to be the speaker for every subject. I demurred – I don’t have that kind of ego – but John persisted. I could chat for about an hour on Gladys Mitchell, whose books I’ve never read, and I could join Martin Edwards in a celebration of Peter Shaffer by performing an impromptu production of Sleuth. Dr. Curran was particularly interested in all I would have to say on Brian Flynn.

And that is when I had my brainstorm! Book Club was coming up on the 23rd and, for once, I wanted to be the first blogger to get my review posted before the others. Slyly, I began to suggest the other members of Book Club as potential presenters.

John snorted in an Irish way. “Him? What does he know about Brian Flynn, me boyo me feller, tuddly toodly tum?”

I sighed and admitted that PD would have a, well, a different take on Flynn from me, but it had to be done. I suggested that Kate Jackson interview PD to keep him on the straight and narrow. What else could I do? I had to finish this month’s Book Club mystery before the others! And that is why you will see me only as a small, silent Zoom window on Saturday. And that is why you’re getting my review of Virginia Rath’s A Shroud for Rowena first.

It was Kate who suggested this month’s title, and as she is fond of saying, this author is new to me. Kate herself has reviewed Rath’s debut novel (all her books have been re-published by Coachwhip), Death at Dayton’s Folly and appears to have liked it very much. Once again, we can thank Curtis Evans for helping to establish re-emergence, and he evidently wrote introductions to some of the Rath titles – but not, unfortunately, this one. And so I did some digging to find out about the author.

I was delighted to discover that Rath had gone to college at the University of California at Berkeley, which happens to be my alma mater, and that she lived her adult life in San Francisco, my home town. She published her first novel at the age of 30 (the same age as Agatha Christie was at her debut) and was quite prolific during her sadly short life, producing thirteen mysteries between 1935 and 1947. She passed away in 1950.

Rath created two very different detectives. First came Rocky Allan, a homespun sheriff of a small rural community in the Bay Area. And then, after a brief overlap, Rath focused on the adventures of Michael and Valerie Dundas. They make a really charming couple to read about, and their repartee in Shroud (1947, the second to last of Rath’s novels) is especially affecting here because Michael, now a Major, has been on secret war service in Europe for two years and surprises Valerie with a leave. Unfortunately, a recent visitor to Valerie, a charming but shady private investigator named Henry Hunt, has just been found shot to death in his car near their Russian Hill home.

Another of the joys for me about this book is that the author really takes us on a tour of the City by the Bay, not as a tourist destination but as the residential city I grew up in with my family. Michael and Valerie live very close to where my grandparents’ apartment building was. A character drops in for lunch at a hofbrau called Lefty O’Doul’s that my cousins and I loved to frequent. The topography was just right, and so I could easily picture myself traveling in cars or on foot with the characters as they went from one place to another.

The book’s set-up is excellent as well, combining a nice little mystery with events that fold in the mid-century history of the city. A prologue set in 1939 introduces us to St. George Talcott, an author as pompous as he is talented, Everyone in the Talcott family writes or has pretensions for writing. Son Chris plans on being a professor of literature, while his little sister Daphne creates picture books of cats. And oldest child Rowena keeps a diary. One should always be wary of diaries in mysteries . . .

On this Feburary evening in 1939, Rowena puts on her pretty new blue dress, dabs herself with her distinctive jasmine perfume, grabs an overly large handbag that doesn’t match the dress and that makes a loud thump when it drops on the floor, suffers her Aunt Sophia to lend her an umbrella, and marches out of the house, ostensibly to play cards at the house of some friends. Only the friends did not issue such an invitation. And Rowena is never seen again.

What happened to Rowena? For the next seven years, this question is at the back of everyone’s mind as the household is rocked by the horrors of war. St. George dies and leaves a will hoping to lure Rowena back . . . if she’s still alive. Chris, Daphne’s husband Mark Vibert, and family friend Bob Lovell, who had hoped to marry Rowena, all ship off to Europe, leaving the women behind with Joel Gloster, St. George’s middle-aged secretary, who has remained in the household to organize his late employer’s journals for publication and who had also had designs on Talcott’s missing daughter. At Chris’ request, Sophia has taken in his fiancée, Anice King, who endures Daphne’s snide invective and sleeps uncomfortably in Rowena’s room . . . until the night when Anice is attacked on the stair, and the smell of jasmine hangs heavy in the air.

Has Rowena returned? And, if so, is she back as a ghost or in more corporeal form? And what on earth is her plan? Chris seeks out Hunt, the private eye who had been hired by St. George to find Rowena and had mysteriously quit the case seven years earlier and fled to L.A.. He’s back, and before long he’s dead. So who is Chris to turn to? Thank goodness for Michael Dundas because what you need in these circumstances is a really, really good . . . couturier?

For whatever reason, Rath has made her detective a dressmaker – a very straight dressmaker with a hot wife and a heroic war record and lots of muscles and brains that he puts to work solving mysteries. (I’m not sure if Valerie is a co-sleuth in the other cases they’re featured in; here, she supplies the cocktails and repartee.) Moreover, one of the major factors in this case is the dress Rowena wore when she disappeared. Michael had designed that dress and made copies of it. Other men comment on the dress as well. I didn’t think guys paid this much attention to couture, but here they do.

That’s not really a negative: I’m always fond of coming across a detective who’s a little bit different. And as I stated, it’s nice spending time in the Dundas’ company. The set-up is good, with a nice closed circle of suspects, and we get two more murders that manage to increase the mystery rather than simply get thrown in to bump up the action.

What disappointed me was the final quarter of the book. it’s not that the explanation wasn’t acceptable or the choice of murderer disappointing. Not at all. But I feel Rath made some bad choices here in how the final section is delivered. One major rule of detective fiction is broken in that a person responsible for a major aspect of this situation is someone we never meet. Hell, I had to go back and find mention of who this person was, for I had completely forgotten about them.

The other issue is that the denouement, including the trapping of the killer, would have been a lot more exciting if we had all been there to see it. As it is, Michael explains how it all went down in retrospect to someone who seems to have slept through the whole thing. I’m still not exactly sure who died and who was arrested in the end. I guess I like my mysteries laid out a certain way.

That said, I would certainly give Rath another shot. Kate enjoyed the Sheriff Allen book she read, and Curtis Evans himself seems to have a preference for the Rocky Allen novels. Still, it’s tempting to hang out with Michael and Valerie, cabbing to the top of the Mark for a martini, or taking a stroll around the Sutro baths. San Francisco the way it used to be . . . the way I liked it!

Did it! I got my review in before my Book Club buddies, who are sweating it out, trying to finish their presentations before Saturday’s Bodies in the Library conference. If, like me, you have purchased a ticket to this sold-out affair, I hope to see you on Zoom. Let’s all make nice faces and pretend we’re enjoying the substitute speakers. Contrary to John Curran’s belief, I couldn’t have done it all by myself. I’ve always been a team player . . . . . . . 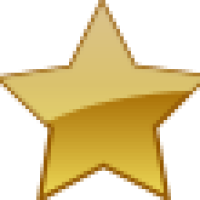 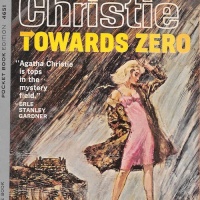 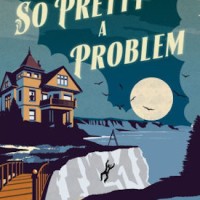 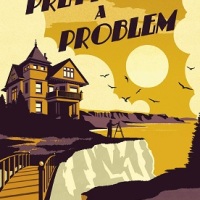