Yesterday, the New York Times offered commentary on an article by Vanity Fair about Greta Gerwig’s new adaptation of Little Women. The article, “Little Women Has a Little Man Problem,” by Anthony Breznican, discussed the concerns by producer Amy Pascal that the film was faring poorly in early awards nominations because, in essence, men were not interested in watching and appraising another “chick pic.” Evidently the film, which opened in my Northern California town on Christmas Day, has been shown around Los Angeles, where these things matter, since October in order to garner advance praise and interest from Golden Globes and SAG voters.

“RSVPs for the first screening in October, as well as many others that Sony Pictures hosted around Los Angeles in recent weeks, were skewed about two to one in favor of women. ‘I don’t think that [men] came to the screenings in droves, let me put it that way’” Pascal said. ‘And I’m not sure when they got their [screener] DVDs that they watched them.’”

I didn’t get my screener DVD. If I had, I would have watched the movie and let them know my opinion. I’m not blind: I’m well aware that awards nominations are determined by a smallish selection of industry people, and that my opinion as a mere moviegoer doesn’t count for much. It’s like an electoral college for film. Box office matters, but a producer like Harvey Weinstein – although not, at this moment, Mr. Weinstein himself! – can pretty much make any movie he wants, and a select few determine whether it will be awarded. Ms. Pascal, being a woman, wields a similar but lesser power as Weinstein did. It turns out that she was part of the production team that created the 1994 version of Little Women, directed by Gillian Armstrong. Pascal wanted to make yet another adaptation, with a similarly gifted female director at the helm and a similarly stellar cast on the screen, and she got her wish. And now she is trying to steer the film toward acclaim, and who can blame her for wishing her baby well?

Armstrong’s film ultimately grossed over three times its initial budget, making it a both a critical and a box office success. Still, as many have noted, good reviews do not a hit make. Sure, someone like the late Roger Ebert or Pauline Kael could make or break a film’s status, its legacy, (Ebert loved Armstrong’s Women), but if people do not go to see it – and by people, these days, I mean 15-year-old boys – then it dies a quick death and the filmmaking trends shift. 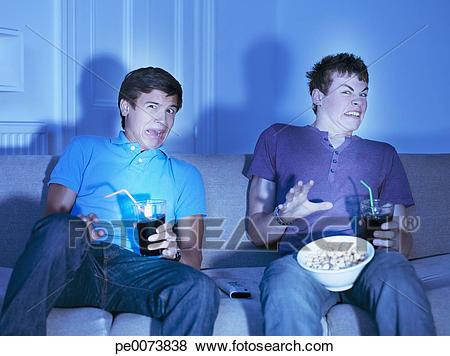 The Vanity Fair article chronicles the effort to influence men to go see the film. After all, if Phil Lord and Chris Miller, the directors of Spiderman: Into the Spider-Verse and 21 Jump Street, loved the film, wouldn’t anyone? I had to smile at the image of a bunch of teenaged jocks scrolling through their Instagram:

Hollywood makes all too few films that tell stories about women. (They don’t make many films that appeal to 64-year-old college educated mystery loving little men like me either.) We need another adaptation of Little Women as much as we need another Star Wars film, but I went to see it yesterday anyway, reckoning it would hold more interest to me than the ninth and “final” chapter of a saga I gave up on long ago.

Gerwig makes magic with the old tale. It’s completely period, as it should be, but also inherently modern, due to the way that Gerwig, as director and screenwriter, shuffles the story around on the screen. The film begins near the end, with Jo (Saoirse Ronan, turning characters into real people as always) in New York attempting to sell one of her stories to a pleasantly misogynistic publisher (Tracy Letts). It places a new emphasis, as one might expect from a modern vision of an 1868 novel, on the limited opportunities for women in 19th century America.

As the movie jumps back and forth from adult Jo – and Meg and Amy and Beth, for Gerwig does not in the least slight Jo’s sisters here – to various times in their childhoods, iconic scenes take on new power, sometimes wistful, other times ironic. Full disclosure: I started crying about fifteen minutes into the film. It was the scene where Mr. Lawrence surprises the March family with a Christmas breakfast as a reward for their donating all of their original meal to a poor family. From then on, the tears ebbed and flowed.

Is this typical manly behavior? I don’t know. I guess not. Would a bunch of teenaged boys sit there as rapt as I was, slinking back in their chairs when they felt a catch in their throats so that their buddies wouldn’t see their eyes glistening?

Still, they would be missing a very good movie with an exceptional cast. Laura Dern humanizes the saintly Marmee (“I’ve been angry every day of my life,” she tells Jo), and Emma Watson, Eliza Scanlon, and Florence Pugh each get their chance to shine as, respectively, Meg, Beth and Amy March. Gerwig chooses to focus as much on Amy as on Jo. This serves not only to broaden the theme of women seeking a satisfactory place for themselves in this male-dominated world but to add an exquisite tension to the girls’ relationship with Laurie, played in all his glory by Timothée Chalamet.

We see the heartbreaking effects of Jo’s rejection of Laurie at the top of the film, and yet by the time we reach the scene with his proposal we are still rooting for them to make it, even as we understand that Jo and Laurie would never be right together. It helps that we have met Professor Bhaer (the quite dreamy French actor Louis Garrel) and know the joys in store for Jo. In addition, most of us come into this film knowing what happens to Beth, and the burden we bear for that is both lightened and made more affecting by a rearrangement of the important moments of her life: the bond she has with Mr. Lawrence, the scene on the beach with Jo, the myriad of ways she supports her sisters and yet always seems to be a little on the outside, as if preparing them for adulthood without her.

Despite all the dreamy guys, the film is about a family, and it captures the frenetic, messy, loving, angry, up-and-down world of the four March sisters, their mother and their housekeeper brilliantly. Gerwig wisely doesn’t scrub the pictures to a nostalgic sheen. The scenic design and lighting capture the beauty and the poverty, the rough-hewn walls and other inconveniences of living in 1868 Concord, Mass.

The film turns cleverly meta- at the end, for after all, it is also about the genesis of a writer who is a stand-in for the novel’s author. Gerwig therefore lets us ponder a bit the happy ending Alcott gave us at the behest of her publisher. Is it a cop-out? Should we feel guilty if we cheer that moment under the umbrella? I think it’s okay to feel good; that Gerwig makes us think about it is enough.

Let’s face it: if the making of more films like Little Women depends on creepy boys seeing it by the thousands, then I’m not going to hold my breath for the next. When it comes, however, I will see it in order to support one of the still-too-few female directors working today in American cinema. Chances are that at some point, Gerwig, like Martin Scorsese, Guillermo Del Toro, and Noah Baumbach, will turn to Netflix or some other streaming service where variety of taste is still able to thrive for the moment. One by one, our major directors will abandon large film screens, and the Hollywood will have to adjust to suit more tastes.

Although . . . . there are an awful lot of Marvel TV-series springing up these days. I guess you’d better pray for the little women . . . and me.