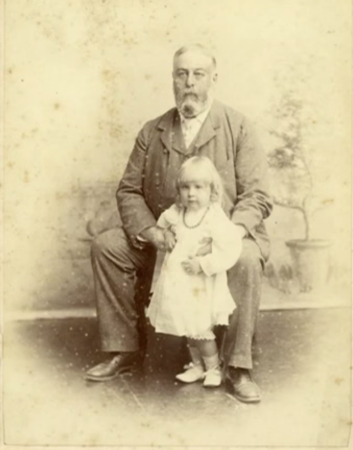 “And so the story endures, infinitely fascinating; and those who would lay it to rest, who would destroy its beauty by ‘solving’ it, are defeated at every turn.”

This key statement comes at the center of Agatha Christie, A Mysterious Life, Laura Thompson’s remarkable biography of the author, which was published last year and which I’m just getting around to. Biographies aren’t really my thing: they’re often either too sensationalist or so exhaustive as to be exhausting. Plus, I’ve run into a few situations where these books yield unwelcome information about much beloved luminaries that taints, sometimes significantly, future enjoyment of their work.

But this couldn’t happen with Christie, my favorite author, of whom I already thought I knew a great deal, despite the fact that her own autobiography is one of the great disappointments of my reading life. Not that it wasn’t perfectly charming; it was simply unforthcoming of all the information I craved – about her inspiration, her methods, her feelings for her writing. (I was young when I approached the book, and I probably owe it a revisit.) 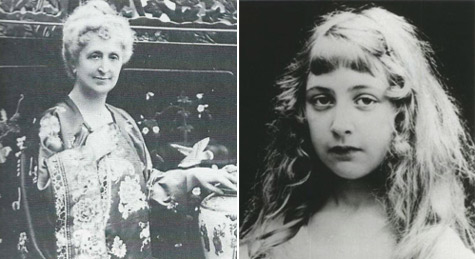 In many ways, A Mysterious Life is the book I wanted Christie’s to be. And because it is told by someone who has clearly read and admired the author (the liner notes state that Thompson had “unprecedented access to all of Christie’s letters, papers, and notebooks, as well as fresh and insightful interviews with her grandson, daughter, son-in-law, and their living relations,” and the copious endnotes attest to a thoroughly researched piece of work), it is a book that combines, with a good deal of expertise, the historical and the literary aspects of Christie’s life. And this seems to me to be exactly what a book about an author should do.

Placed beside some of her more colorful Detection Club cronies and contemporaries – Sayers, Berkeley, Carr, for instance – one might have taken Christie’s simple prose, her matronly appearance, and her privacy regarding her both her professional and domestic life as signs of a fairly ordinary woman who managed to eke out an extraordinary career. One of the best things Thompson does in her book is to dash this notion to bits. 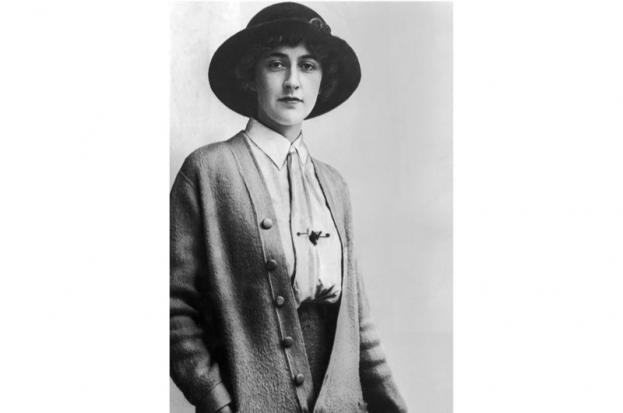 Christie was a complex, contradictory creature, whose childlike romantic nature belied the prose that was full of a bitter wisdom about the relationships between men and women, between parents and children. In a life dominated by women (Thompson asserts that the most traditionally romantic relationship she had was with her mother Clara), Agatha Clarissa Miller Christie Mallowan, loved men, and most of them disappointed her. Her father was charming but weak and ran through most of the family’s money before conveniently dying when Agatha was but a girl. Her brother Monte, the model for so many of the cunning wastrels in her books, died young and unhappy. Her first husband, Archie Christie – handsome, emotionally fragile, the object of Christie’s lust and affection, and basically the villain of her life. Even her second husband, the much younger intellectual, Max Mallowan, could be interpreted as something of an opportunist, whose career in archeology benefited from Christie’s largesse.

The family dynamics that Thompson presents here are fascinating, particularly Agatha’s loving, mutually-dependent relationship with her mother, which played a big part in the wearing down of Archie’s affections, and which contrasted sharply with the wry, complicated relationship Christie maintained all her life with her only child, her daughter Rosalind. And although Thompson insists that ““Only very rarely in her detective fiction did she write from life,” the biographer contradicts her own words on every page as she utilizes Christie’s fiction to illustrate and shade her real life. This is particularly true of the Mary Westmacott novels, six non-mysteries that most Christie fans (myself included) have either not bothered to read or have dismissed, but which Thompson suggests have “an honorable walk-on part in the story of the twentieth-century novel.” Throughout the first half of the biography, Thompson tells much of Christie’s story through passages from these books, allowing the fictional characters to represent the fraught dynamic between Agatha, Archie and Rosalind.

This changes when Thompson discusses the eleven-day disappearance that caused such notoriety and transformed Christie’s life and personality. First, Thompson describes, through Christie’s point of view, what she believes happened, and then she goes back and looks at the event from a journalistic remove. The account should prove riveting to any modern reader already exhausted by the perceived effects of “fake news.” Thompson’s scenario for what happened seems reasonable and backed by rational evidence, but the fact is that nobody can ever know exactly how it went down in December 1926. If nothing else, it goes a long way to explain why Christie emerged from this nightmare a different person: older, bitter, warier of the public that first rejected her for what they perceived as an expensive “stunt” and who then lifted her to unparalleled heights of fame, particularly after her books began to be adapted into plays and films. Moreover, the disappearance gave the life of what, on appearance, seemed a prosaic figure, an air of darkness, of mystery! As Thompson wisely notes, forever after “(the name) ‘Agatha Christie’ became the living definition of classic English mystery fiction: the respectable veneer that hides the mayhem beneath.”

Thompson never sensationalizes Christie’s life, nor does she obsequiously praise her. Instead, we are presented with a fully-realized portrait of a complex woman, for whom “writing was the center of her life, a demonstrable truth that she sought always to deny.” The book delves into many of her passions, including the myriad real estate she bought (the dreamlike wonder of Ashfield, her childhood home, living with Archie at Styles, a house she detested, the glorious wonder of Greenway.) The unfettered love she felt for Peter, her dog, (immortalized the year before his death in Dumb Witness) and all the subsequent dogs she had versus the awkward distance with which she held her own daughter.

As aware as I was of certain facts of her marriage to Archie, I learned a great deal about life with Max – or should I say without Max, since World War II kept them apart for several fraught years. During that time, Christie would have a complicated relationship with Max’ friend, Stephen Glanville, a brilliant Egyptologist who inspired (and helped) Christie to write her historical tour de force, Death Comes As the End, and who purportedly harbored a great passion for the lonely war widow.  Christie, a highly moral woman, cannot return his affections, but she created, in The Hollow, the love affair between the brilliant Dr. John Christow and Henrietta Savernake, who can’t resist pouring all her deepest emotions into her art.

Indeed, one can’t help but find echoes of Agatha’s relationships with Archie, Rosalind, and even Max in one book after another. In  Sad Cypress, Elinor is rejected by handsome, weak Roddy for the younger and simpler charms of the beautiful Mary Gerrard, who could pass for Archie’s mistress Nancy Neele. In Death on the Nile, hot-blooded Jackie is betrayed by the handsome, self-absorbed Simon, who runs off with her best friend; in that same novel, the self-absorbed author Salome Otterbourne withholds the love and strength her angry daughter Rosalie craves. In They Do It with Mirrors, the once-beautiful, now old Carrie Louise marries a much younger man and funds his crackpot research, just as Agatha supported Max in his work.

When Thompson sets her focus on Christie’s methods, she writes convincingly of a woman who “was capable of doing other things, but . . . never felt the need to hint at them in her detective fiction: she kept to its limits and never patronized them.” Her great detectives, Hercule Poirot and Jane Marple, both live “aside from the world” as detached outsiders. Christie saw no need for them to have the private lives of contemporaries like Peter Wimsey, Roderick Alleyn, or Albert Campion. This resulted in mysteries that were not diluted by the author’s extraneous knowledge or passions. In her fiction as well as her public life, Christie would throw a distinct veil over anything that revealed her soul. 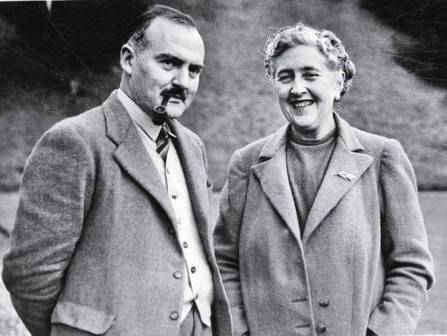 Nobody can talk about an author’s life without extensive commentary on their work (although, as I have said, Christie did this when she unveiled her own “story”), and here is where I sometimes agreed with Thompson and sometimes groaned in wonder. We all recognize that Christie’s best work appeared between 1930 and 1950, but then Thompson lays claim that Crooked House signaled an end to Christie’s brilliance as a mystery author, and dismisses some fine later works, like A Murder Is Announced, Mrs. McGinty‘s Dead,After the Funeral, and A Pocketful of Rye as “Agatha Christie on majestic auto-pilot.” (She claims that Christie did write “a handful of brilliant and unusual books” after 1950 but includes titles like Destination Unknown and Passenger to Frankfurt! Good God!)

Still, Thompson lays bare a lot of information about Christie’s writing methods – or, rather, her lack of them, discussing the now-famous notebooks and her refreshing lack of neurotic tendencies when it came to creation. Given how messy the process was for Christie, it’s all the more remarkable that she turned out so many classics of the genre. The biggest compliment I can give here is that reading A Mysterious Life makes me want to go back and re-read the canon, including books like Postern of Fate, which may suffer a great deal as a mystery but from which a true student of the author could learn a great deal about what made her tick. In a compelling style, Laura Thompson creates a portrait of an artist who often struggled to carry the weight of success on her shoulders, whose hard work ironically sent her to the edge of penury, and whose complicated personal life imbued her cold little puzzles with the ring of real life.

NOTE: Thus ends post #299. I haven’t been writing a lot – I certainly haven’t given “Three-Times-a-Week” JJ and “Sometimes Twice a Day” Kate a run for their money. If I do the math, I guess you have heard from me about 1.64835165 times a week since I started blogging – and maybe that’s enough!

I don’t always keep my promises, I know. Recently, I told you I was going to read June Wright and Cyril Hare and a bunch of other authors in preparation for the upcoming Bodies from the Library conference. Well, I failed at all of that. But I think my 300th  post should be a meaningful event. I leave Monday for London, where I finally get to meet in person some of the extraordinary people with whom I have been conversing nearly every day for the past three and a half years: my elusive doppelganger JJ, Kate Jackson, Moira Redmond, Daniel Curtis, the Puzzle Doctor, “Countdown” John Harrison, and who knows who else!

When I return, I will report on the impression Bodies made on this American fan. Then you can expect more reviews on such wonders as the brand new, published-in-English-first Paul Halter novel, The Gold Watch, the next chapter of my Carter Dickson Celebration (The Punch and Judy Murders), and much, much more. Happy summer, everyone!

8 thoughts on ““ALL BIOGRAPHY IS STORY-TELLING” – Agatha Christie, A Mysterious Life”